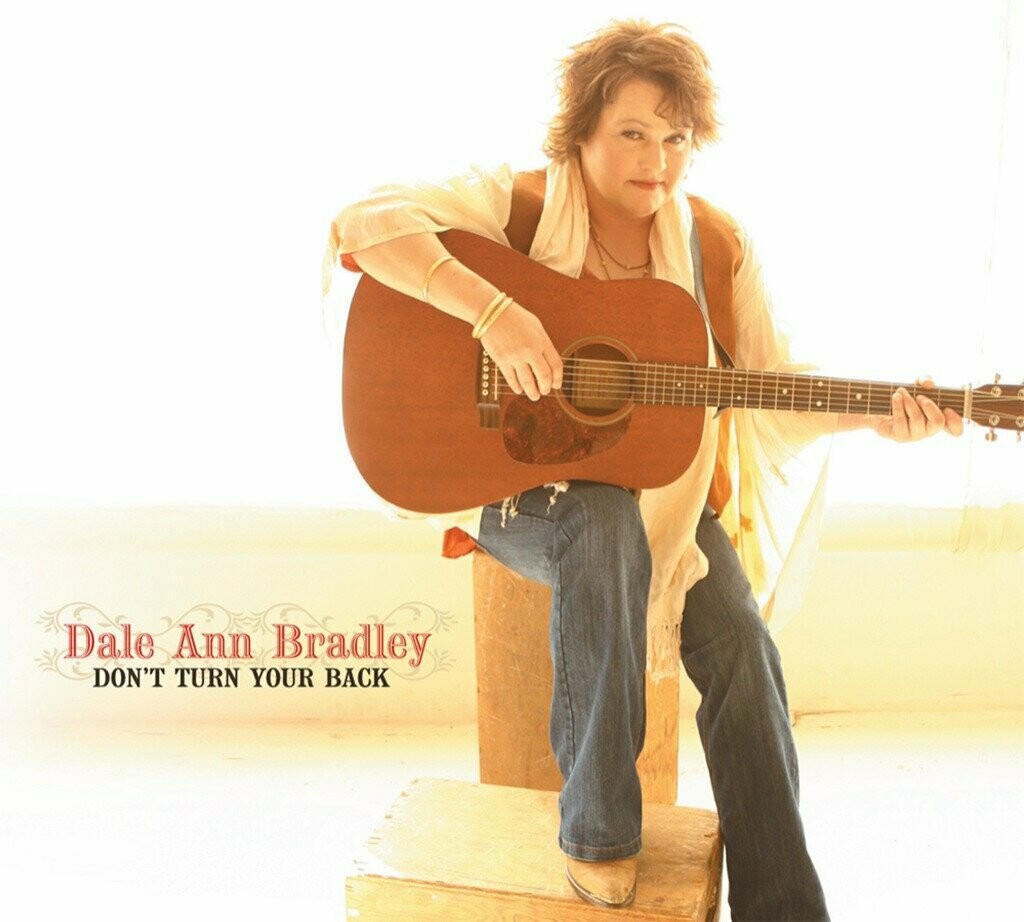 Don't Turn Your Back (Autographed)

Bradley doesn't just sing, she owns the songs she sings. Regardless of genre, whether it's Hoyt Axton's "Rusty Old Halo" or Patty Loveless' "The Last Thing on My Mind" or the Carter Family's "50 Miles of Elbow Room" or Fleetwood Mac's "Over My Head," Bradley sings them as though they were written just for her alone. Her sweet and backwoods voice has a way of conjuring up feelings of a rustic down home charm that makes each of these songs sparkle. And with an album of such class and enamour, Bradley's reign as International Bluegrass Music Association female vocalist of the year is secured. Production wise, this is another winner. Treated with complimentary understated backings that beautifully enhance rather than obscure Bradley's singing, this will bring rapt support from both the bluegrass and traditional country fans. Such brilliance can only come from the expertise of producer, banjoist and record company owner Alison Brown. And thanks to Brown's capacious influence, the best of Nashville's session players have been enlisted including Stuart Duncan, Claire Lynch and even Jamie Dailey and Darrin Vincent.

Album opener and title cut, "Don't Turn Your Back" sets the lyrical pace for the album. An ode to start all over again, "Don't Turn Your Back" bops with a breezy rhythm with that added glaze of optimism. Taking a stab at the rich who are too much of a snob to share their wealth, Bradley on Hoyt Axton's "Rusty Old Halo" does it with wit without surrendering an ounce of its moral force. Without any prior knowledge, you wouldn't know "Over My Head" was a Fleetwood Mac original. Bradley has given this rock classic such a make-over that it sits comfortably among the other more rustic covers. "Ghost Bound Train," on the other hand, is your typical lightning speed bluegrass stomp.

Among the ballads, the best of them is the maternal ballad "Will I Be Good Enough" where Bradley gives voice to the feelings of inadequacies as they hold their new babies in their arms. Bradley's rendering is breathtakingly sweet without sounding mawkish. Dealing with the theme of the broken dreams of a musician, "Music City Queen," a Bradley co-write with Bradley is average without being heart rendering. Much better is the often overlooked Carter Family's "50 Miles of Elbow Room." With lines as picturesque as "For the gates are wide on the other side/Where the fairest flowers bloom/On the right hand and on the left hand/Fifty miles of elbow room," we are in for a free ride into heaven without even leaving our chairs. Most cutting edge and perhaps with the greatest potential for success on country radio is Bradley's take of Patty Loveless' "The Last Thing on My Mind." Though Bradley doesn't have the soulful grit of Loveless, it's still a compelling "I can't forget him" ballad.

In sum, Bradley is to be congratulated for not staying within the confines of a genre of songs. Her ability to tackle both Fleetwood Mac and the Carter Family shows her fearless diversity. Nevertheless, this "backwoods holler" (as she calls herself) doesn't just lip sync, she re-interprets each song, deconstructs them, and then makes the