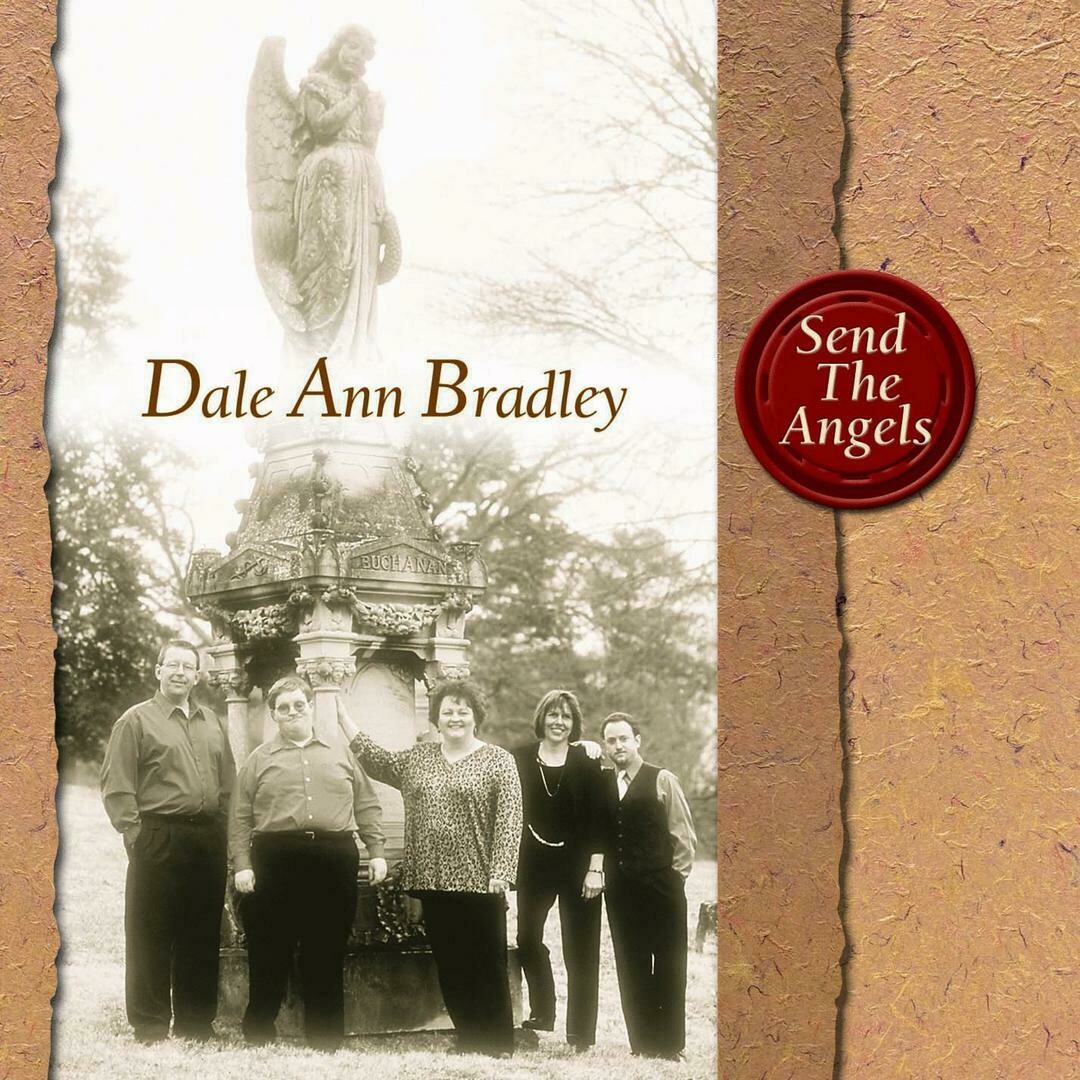 Dale Ann Bradley's "Send the Angels" is a bluegrass gospel project that includes songs from Jerry Salley, David Marshall, Jerry Chestnut, Dolly Parton, Vicki Simmons and others. The inclusion of lyrics in the CD's jacket allows us to focus on the messages of these inspirational songs like "Man Cannot Live by Bread Alone." This is a delightful bluegrass gospel album that is sure to turn some heads with its spirit, energy and heartfelt music. Dale Ann and friends give us a unique, fresh, honest sound that truly lifts spirits. How can anyone not take an immediate liking to the upbeat and joyous title cut or Vickie Simmons' "The Master's Plan"? The band is equally adept with an emotional and passionate ballad like "It Was His Love." Always in the forefront are Bradley's captivating vocals. Dale Ann is also a first-rate songwriter, and I was surprised to not see any of her own originals included.
Dale Ann's band includes Vickie Simmons (bass), Michael Cleveland (fiddle), Jesse Brock (mandolin), and Tom Adams (banjo). Guests include a number of bluegrass luminaries, many who have appeared with Dale Ann before -- Alison Krauss, Wyatt Rice, Adam Steffey, Jason Moore, Dan Tyminski, Steve Gulley, Jeff Parker and Ben Isaacs.
Hailing from Kentucky, Bradley began performing at age 14 with a group called "Back Porch Grass," and then in 1990, she joined the New Coon Creek Girls as lead singer and guitarist. Bradley's first solo album was released in 1997, the same year she began performing as Dale Ann Bradley and Coon Creek. In 2001, Tom Adams (banjo) and Michael Cleveland (fiddle) joined her band. Although from the heart of bluegrass country, her contemporary signature sound has evolved to become a blend of bluegrass, folk and country that is pleasantly mesmerizing. I'm especially gratified to see their hard work and efforts dedicated to a gospel project. Combined with her undeniable talent as a captivating singer, Dale Ann Bradley builds on her solid bluegrass music foundation to now give us an invigorating Gospel sound. (Joe Ross, staff writer, Bluegrass Now)