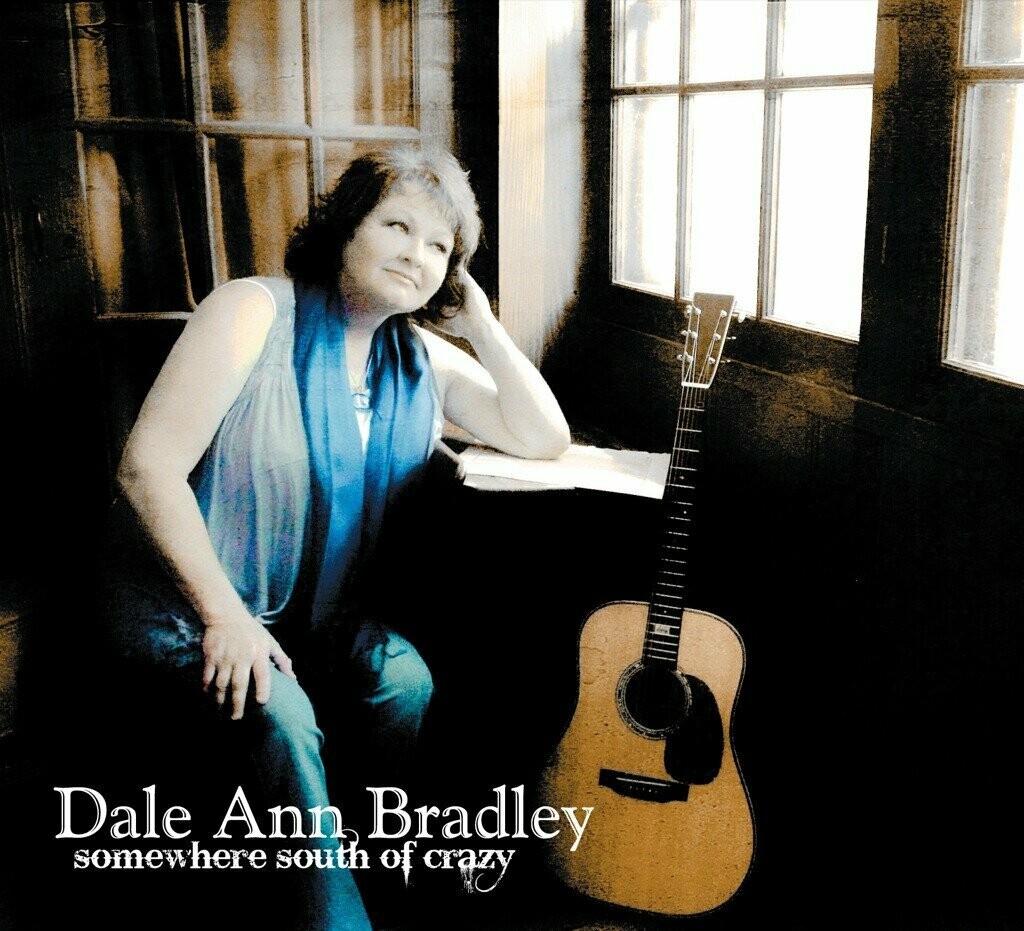 Dale Ann Bradley is a defining bluegrass voice of our time. After reviewing Dale Ann Bradley's third solo album project "Catch Tomorrow" back in 2007, I felt she was perfectly poised to break through and win IBMA's Female Vocalist of the Year Award, an honor she'd been nominated for in 2006. Sure enough, Dale Ann subsequently won the award for three years running, in 2007, 2008 and 2009. Dale Ann's 2011 release "Somewhere South of Crazy" documents the artist's musical maturity, and it is also acknowledges the strength of her 26-year vocal collaboration with Steve Gulley, a fine guitarist and singer in his own right who also contributed to writing "Restoring the Love." Others singing some harmony vocals on this CD include Pam Tillis (Somewhere South of Crazy), Kim Fox (Round and Round, Summer Breeze, Next to Nothing), and Sierra Hull (Come Home Good Boy). Hull's nimble-fingered mandolin playing is always a treat to hear. Other noteworthy instrumental support comes from Stuart Duncan, Mike Bub, Andy Hall, Matt Combs, David Long, Mike Summer and the album's astute producer Alison Brown.

The title cut stemmed from a joint writing session that Dale Ann and Pam Tillis had in Nashville. A Kentucky preacher's daughter, Dale Ann has smooth voice, band, songwriting and storytelling. From her own pen in collaboration with Jeff White and Kim Fox, "Leaving Kentucky" presents a nice balance of nostalgia and optimism. "Round and Round" is the first song that Dale Ann's written solely by herself in many years. It's a reflective piece that focuses on the dichotomy of loving music and travelling, but still feeling a strong force pulling one back to embrace important values closer to home. She once said, "When you've got the desire to write and sing, it's who you are...It's important to express something long lasting. Music has the power to be a healing thing." Written by Sarah Pickle, "Come Home Good Boy" is a tribute to loved ones oversees, and it's a prayer song that they are protected and come home safely. Dale Ann has always liked to take songs from other genres and `grass them up too. "Summer Breeze" was a 1970s acoustic pop hit for Jim Seals & Dash Crofts, and it's a pleasant fit for this album. Perhaps she'll record more of their hits (like "Hummingbird" and "Diamond Girl") in the future. She also renders an engaging rendition of Dallas Frazier's "Will You Visit Me on Sundays?"

"Somewhere South of Crazy" has a lot of calming and uplifting qualities, but it also has its hard-driving uptempo bluegrass moments (such as the songs "In Despair" and "New Shoes"). Dale Ann Bradley is a passionate and compelling singer with meaningful songs to sing. Recognizing the importance of her songs' messages, she continues to emphasize such values as encouragement, consolation, faith, hope, compassion and love. This album clearly depicts her current self-confidence, maturity and happiness. (Joe Ross)